We are excited to announce that HLW’s 915 Wilshire project has been awarded the Contract Magazine Interiors Awards for Lobby Repositioning.

The focus of the project was the main entrance and building lobby at street level. The existing lobby was tired, dated and greatly underutilized. Our renovation transforms the lobby into a space that is relevant and responsive to the local context. Digging into the building’s historical documents, we discovered that the original design comprised a smaller lobby with an entrance set back from the street edge. The space in between was originally a covered, outdoor portico. Over time, this outdoor portico space was lost as the lobby was converted into a giant, empty space with the entrance pushed right up to the edge of the public walk. We built a new, state of the art curtain wall inset from the sidewalk and reclaimed the covered, outdoor portico space from the original 1979 design.

Recognizing the building’s prominent position in a busy downtown business district, the owner wanted to transform their lobby into a space that feels more appropriate to the context in which it is situated. Originally built in 1979 but renovated several times throughout the years, our client sought to reinvent the public and tenant experience of this class A office building. Given a tight budget, our team was challenged to reimagine the lobby in a way that met the budget but would also have the greatest impact on the experience of the space. The primary project drivers were to upgrade the aesthetic of the lobby and to create a more functional and usable lobby that both tenants and members of the public could enjoy. 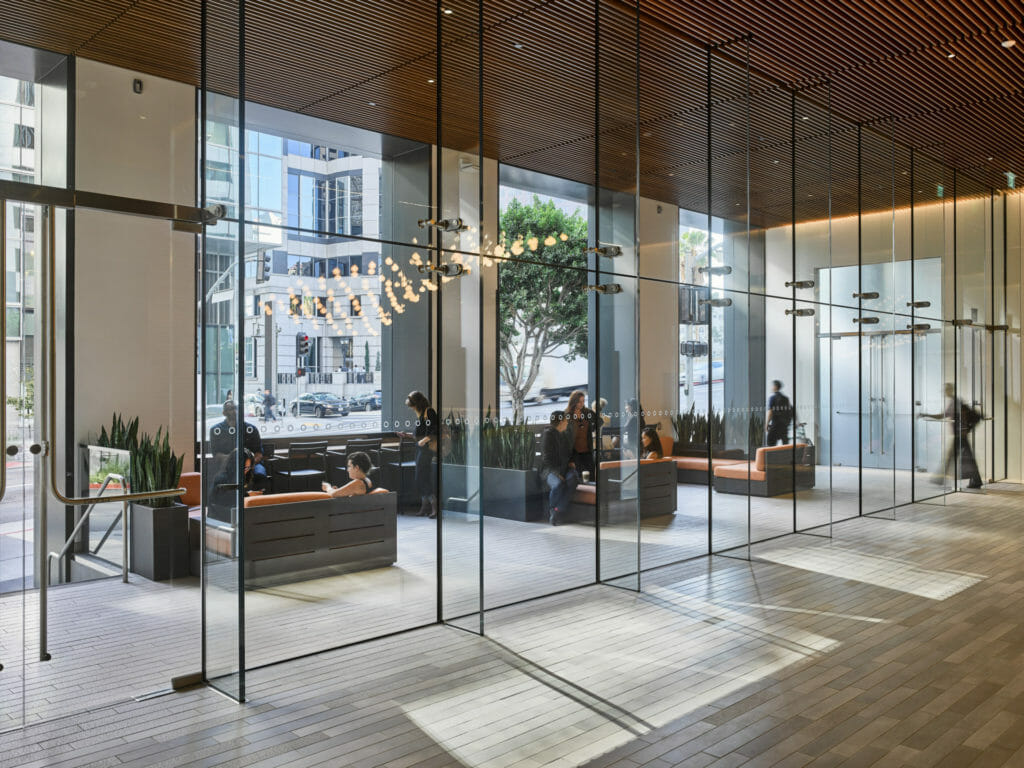 Eden Brachot, Design Strategist, discusses her passion for #design in the Fresh from the Hill podcast. From how function affects aesthetics to designing for specific user needs, she explains it all in this #podcast featuring @Cornell graduates. Listen here https://t.co/jUbxrUrG00

We're excited to share that one of our projects for @HudsonPPI, Fourth & Traction in LA, is #LEED Gold Certified! #Sustainable elements of this property include a 30% reduction in potable water use compared against the LEED baseline & 20% of building materials are locally sourced

Wow the #leaders in the room today have the most inspiring resumes! Excited to learn more about how their adventures as young adults helped them rise the ranks in our industry @SMPSNewYork #smpsnyleadership #smpsny #nevertooyoungtolead TY @MyInscape & @ArupGroup