Notes on the Future of the Media Workplace

Even in an industry that has dealt with a near constant level of change, the COVID-19 pandemic is a larger than usual event. The issues of the new competitive media environment, the cord cutters, OTT and VOD, the problems of the “repack”; these issues are still there for the entire industry but these conversions have been muted for a moment. With all live sports around the world shut down, an entire network broadcast center closed, a cable network anchor hosting a show from his basement for weeks while sick with COVID, and live audience shows canceled everywhere, this situation will become a new benchmark for the resilience of the Media and Entertainment industry during a crisis. The professionals who have supported the production and distribution of information and entertainment will be able to congratulate themselves when this is over for continuing to provide what are essential services during a worldwide crisis. But how will this affect the media industry long term?

There is no less “distanced workplace” than the inside of a remote production trailer during a major sporting event. Crammed into a 500 square foot space with technical equipment, 20 to 25 people work elbow to elbow in a workplace with density approaching a crowded subway car. Circulation exists, but it is so small it requires anyone moving to touch everyone they squeeze by. If there is a problem, another 4 or 5 people will cram in, and the space feels like that moment before lightning crackles across a summer sky. And while these remote truck spaces are less common, the typical news production truck or broadcast production/control rooms are not much better, with as many as 10 to 20 people in a small dark room… How will this type of space continue to exist with the requirements of keeping people safe through social distancing?

From Onsite to Remote Production 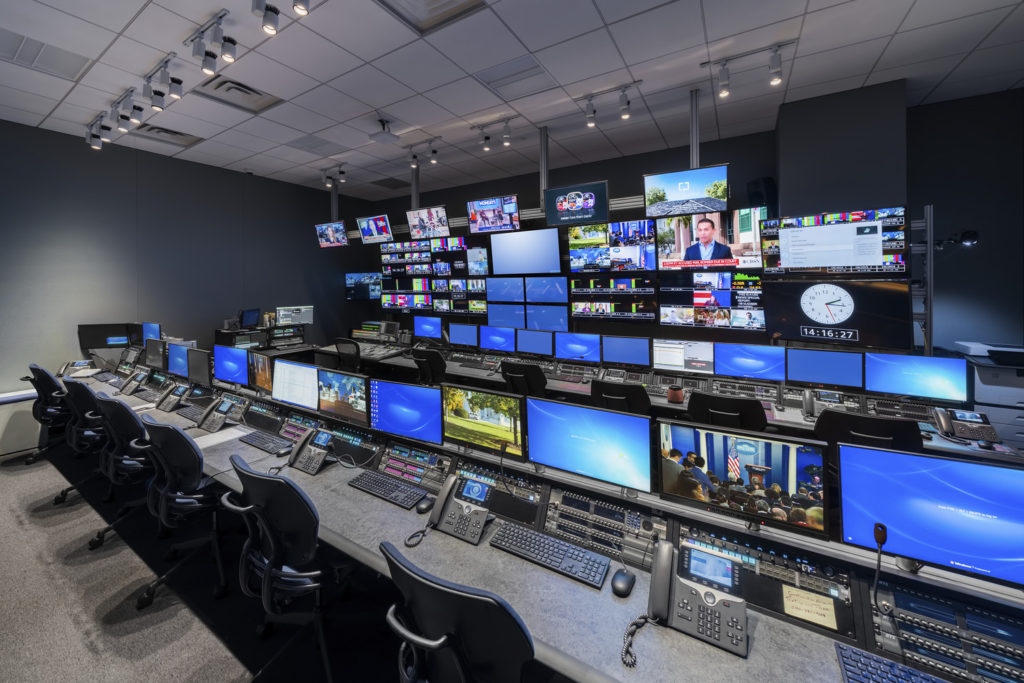 There is already a trend in the world of remote production to have less technical and creative assets on site of an event. The “REMI” and remote production approaches (MLB Networks, ESPN, the Olympics etc.) were developed to save the money and the technical headaches of having remote crews doing full scale productions on site. As this becomes more widely used, many of the big production trucks will start to disappear. The only production staff at the venue will be the camera and audio technicians who need to capture the event. They will then return the live feed to a production and control facility that will take the raw information and turn it into content. Even with an audience, these production staff members can conceivably manage their distance to others because the event venue/production spaces, a stadium, a golf course, a racetrack, are large.

The events produced on stages and studios, either sports, news, or live shows, have production spaces that were already created for a certain distancing. Stages are generally designed to be as big as possible and their operation is based on the production design requirements for the set, clearance for camera movement, and the need of staff to circulate during a production. These spaces can, especially with set design solutions, be made to achieve a density that will protect people during this era of social distancing. Detailed safety procedures for long form stages and studios are already being developed. 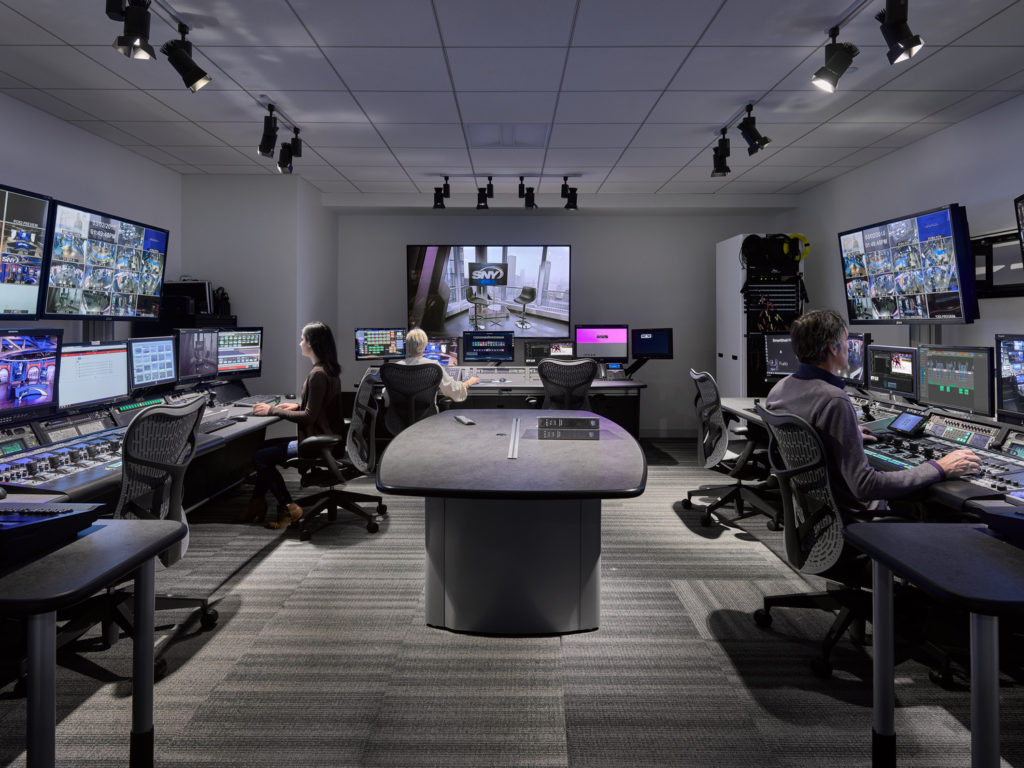 The trend of creating local hubs for regional distribution to support networks and station groups will continue to reduce, but not eliminate, the need for many crowded technical and control room spaces. This combined with the use of automated production systems to manage news shows will also help reduce the need for large groups to work inside these rooms. With the development of dedicated dark fiber networks, and technology to control latency at the back end of this chain, the rack rooms of equipment and technology can continue to be further consolidated and run by smaller dedicated crews. This also adds to the ability of production operations executives to control the work environment for the people who have the job of supporting the media and entertainment broadcasting.

But like news and sports, the rise of production from home, so important right now as the entire system is slowed, still needs to be supported by a large technical infrastructure. Live from home requires a similar back end of equipment and people that sends any other show, live or taped, out for viewing by an audience. And it is those technical spaces that are likely to see the biggest changes because of COVID after studies detail the need to adjust the density of the spaces that people work within.

Ultimately, even with all the production and control equipment, live feeds from events, and on-air talent in a centralized location, and even after the staff reduction through automation, the content  then ends up in a room full of creative personnel all sitting very close to each other. This workplace is going to have to be reconsidered in detail in the light of a period when transmissible disease has reappeared. So, what happens now? 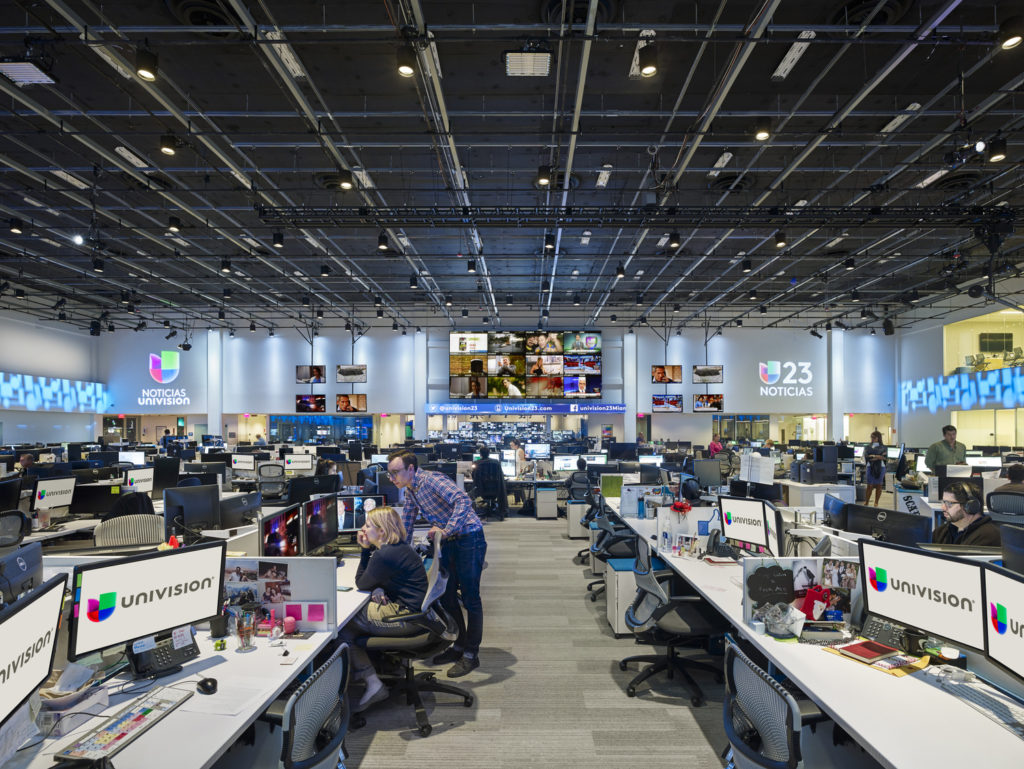 Production and technical facilities have all the same building issues and factors that now need to be considered, as in any other workplace. Control protocols of basic building services and shared spaces including lobbies and restrooms, along with elevators and stairway circulation, will need to be established. Things as simple as hand sanitizer stations and as complicated as air movement in public spaces will need consideration. Many media facilities already have security controls on incoming packages, but new types of pathogen screening may have to be added. Office workplace areas will need to be reexamined with spacing of seating, allowable density of meeting and conference spaces, and protocols for areas such as pantries all requiring significant consideration.

Based on pre-COVID economic issues and technology advances in the industry, many of the long-term changes in technical production and post-production spaces are moving ahead. Reductions in staffing because of automation, consolidation, and technical innovations will create changes in production workflow that will help. There is still much work to be done.

Adjusting to the New Normal 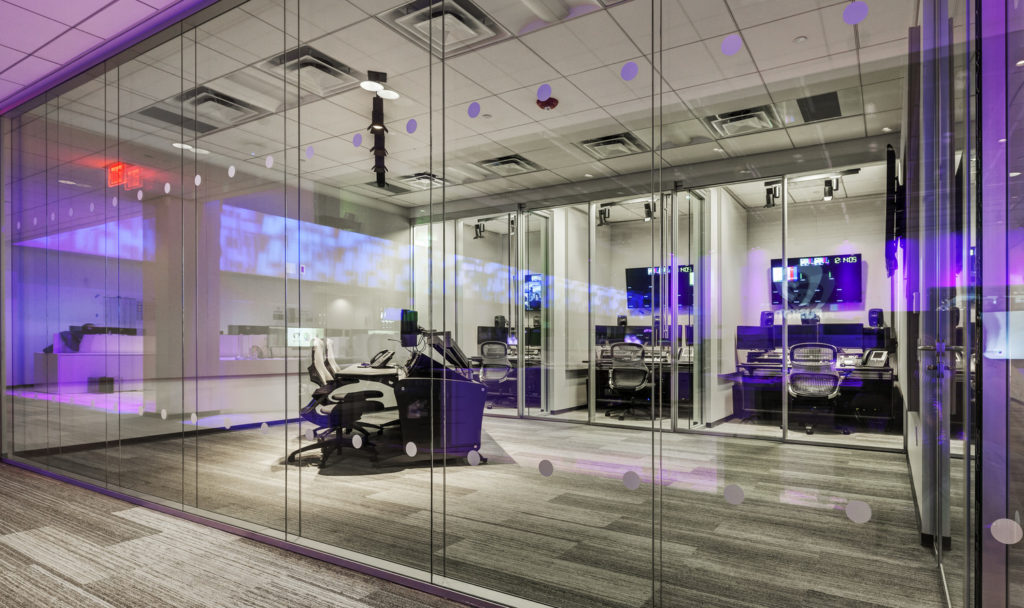 On top of standard workplace issues the special concerns of densely packed technical production, post-production, and control spaces will need to be examined. How to separate people for their protection in a work environment that counts on creative proximity and instant communication will be a challenge. In the short-term, dividers may be placed between work positions, but how will this affect the subtle communications that takes place during a production? How will the new requirements for sanitizing rooms happen with round the clock room use? How will this affect all the technical equipment?

A major question as the industry tries to return to normal is how a group of rooms with less densely packed work areas can be as productive as the traditional approach. Is it possible to create a distributed model of production and control? Can creative staff work be as effective without the face to face discussions and contact? Wil the lack of the ambient information we all rely on to help us negotiate the give and take of collaboration affect the quality of the end products?

The adjustments to the technical rooms will be the most challenging. How will the literally billions of dollars of equipment that is installed in technical rooms be redistributed to make these changes possible? Will creating groups of smaller more controlled environments all connected visually be useful in keeping the team aspect of the process in place, or have we learned to work virtually now? And if we have learned the process of remote work, who now needs to be in a production facility at all? Is it possible that using cloud computing and having a high-resolution monitor at home someone could be part of a network playout or master control team? 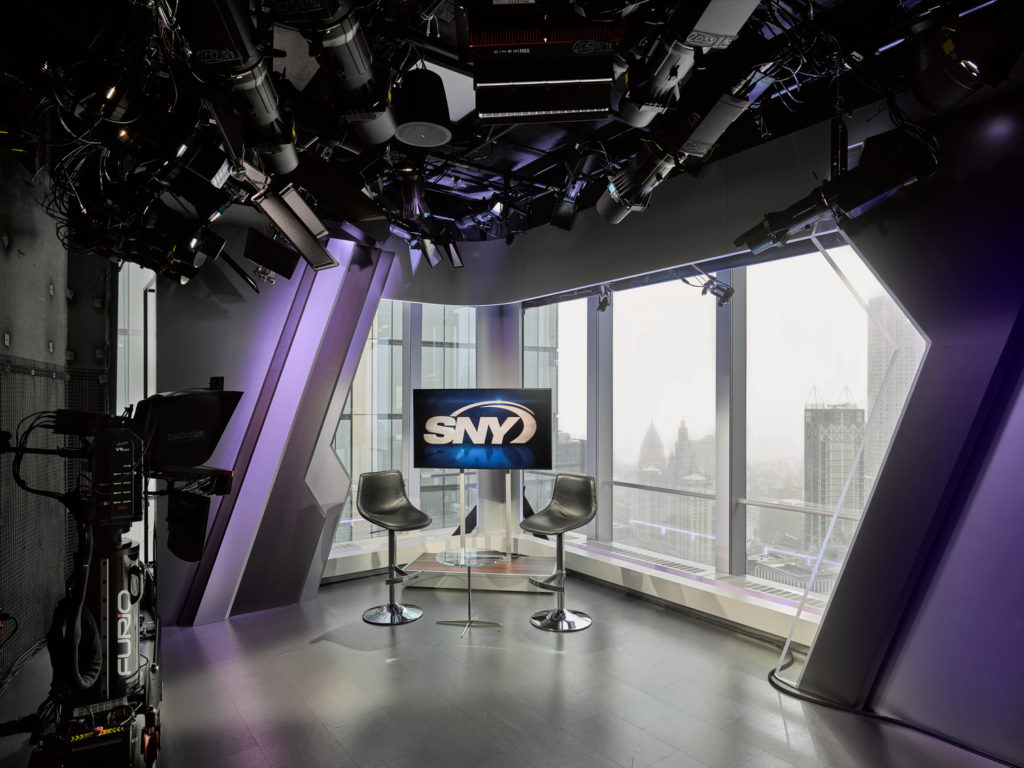 Of course, this is just the “broadcast” side of a large and complex industry. Film and long form single camera television production will have their own issues and solutions. Public venues, many of which rely on significant audience density to be profitable, will have to find ways to make the high profile performers they rely on, and patrons who buy the tickets, feel safe before they will return. But audiences will return, and live and recorded media productions will continue. Our need for up to the moment information and storytelling, and our desire for shared public participation in events is not going to go away. If anything, it has become more important now more than ever.

At this stage, while the effects of this situation are still being understood, there are more questions than answers. This piece touches the most obvious of those issues. There are questions we don’t even know to ask yet and those questions will be critical to the solutions arrived at by the industry, both short term and long term. We look forward to working to do what we can to help determine the steps toward solutions.

About Keith: With more than 25 years of experience, Keith focuses on all aspects of design for media and entertainment projects. Keith’s work on projects in the United States and internationally positions him to have a depth of insight into the sector and how it has changed – and will continue to change – over time.

We’re proud to announce that all of our offices worldwide are #WELLHealthSafety! Rated by @WELLcertified and support the health and safety of our staff, visitors, and stakeholders. Learn more about how we’re providing healthy workspaces here: https://t.co/52b3BGy7Is